Target Smash is a training event. Characters have to destroy all of the targets within the time limit. Every character has their own special stage for Target Smash.

Multi-Man Melee is a stage where the player must defeat a certain amount of wire frames.

There is no real storyline to the Super Smash Bros. games. 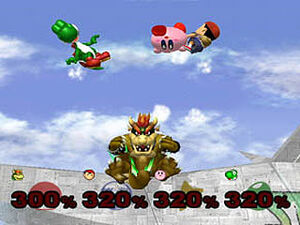 There are many playable characters at the beginning of the game: 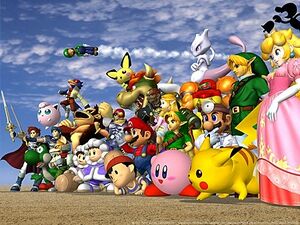 There is also a number of unlockable characters:

There are many different stages in Super Smash Bros. Melee. Here are most of them.

This article is a stub. You can help Gamecube Wiki by expanding it.

Retrieved from "https://gamecube.fandom.com/wiki/Super_Smash_Bros._Melee?oldid=4318"
Community content is available under CC-BY-SA unless otherwise noted.